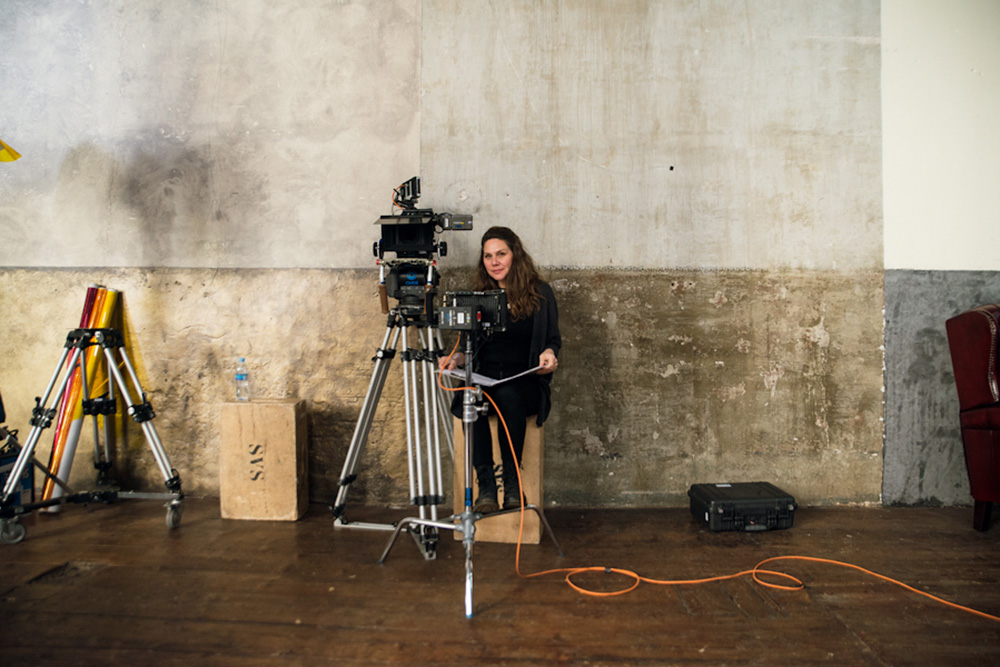 How did your career turn into a career and what did your parents and close friends have to say about it then and now?

With all of this in mind, at some point I realized I wanted to try making my own explicit film according to my vision and taste, so back in 2004 I made ‘The Good Girl’ – a humorous take on the classic pizza delivery boy porn trope – and I posted online for free. I wasn’t really expecting anything, but it was downloaded so many times that I realized I wasn’t the only one craving an alternative to mainstream adult films. I was receiving emails from people all over the world telling me that they loved the film and asking when the next one would be out. That’s how Erika Lust was born!

Of course I had a lot of people laughing at me from the very beginning, saying that my idea was ridiculous. When I tried pitching “The Good Girl” to adult content productions, they used to tell me that it was cool but there was no market for women… Women are not interested in buying anything that has to do with sex. You ​pay w​ omen for sex but you don’t do films ​for​ them! That made me angry, but also motivated me to keep pushing even harder. And still today there are people who don’t understand what’s behind my work or keep trying to censor my content on social media. On the other hand, there’s also a growing community of people out there craving for more realistic, inclusive and original adult cinema, who support me and my team to always do more and better.

Is there a shot, or creative approach that is intrinsic to your style, that is identifiably yours, and if so what made you pursue that style?

When I’m doing a film with my crew, we do the same work as if we were any other independent film production. From an idea we develop script and storyboards, we consult our art director, we work in interesting locations, and we go through a thorough casting process to make sure everything is faithful to the initial concept. With my movies I want to portray hot, realistic sex, and to do so I take care of every single detail. Well-studied lighting and photography certainly make all the difference in capturing the whole feeling of it – the chemistry between the performers, their bodies touching each other, and the evolution of their sensations during sex.

How do you fight against stigma around sex workers and for their security and rights?

Before shooting, we get to know performers through interviews, we have Skype calls with them and meet them in person if we can. We always make sure the performers are 18+, have had their own sexual experiences already and are sex-positive and 100% enthusiastic to be part of the project. I don’t just ask performers to come on set with their best lingerie on and that’s it. When we’re on set I talk to them before shooting sex, to make sure they’re ok with the scene they’re about to perform, and then I let them go with their own flow, without being pushy in my direction. I have someone from my production team on set to make sure the performers are being taken care of. We ensure healthy food and water are provided on set by a local catering service, good accommodations, and flights paid if necessary​. I also created a P​erformer’s Bill of Rights​ in order to safeguard sex performers’ in order to protect performers and make sure they have the best experience in our productions, before, during, and after the shoot.

We need to show our support for all kinds of sex workers even more during the uncertain times we are facing right now.​ While porn views have been increasing dramatically since the social distancing began in many countries in the world, sex performers; the backbone of our industry, are losing jobs and income. The luckiest ones are making their income thanks to platforms like OnlyFans, but many sex workers rely on personal contacts in order to do their job. I recently ​donated to four organisations who are doing critical effort to support sex workers​ at this time, and​ I would encourage those who can afford it to do the same. Sex workers don’t usually have a fixed income nor are they eligible for unemployment benefits when they’re out of work. It’s vital now, more than ever before to support them and help our community.

Narratives need to change: we need to stop showing harmful gender stereotypes and starting depicting men and women as equally important sexual collaborators. Consent should be shown clearly and simulations of coercion, pedophilia, or abuse should not be encouraged.