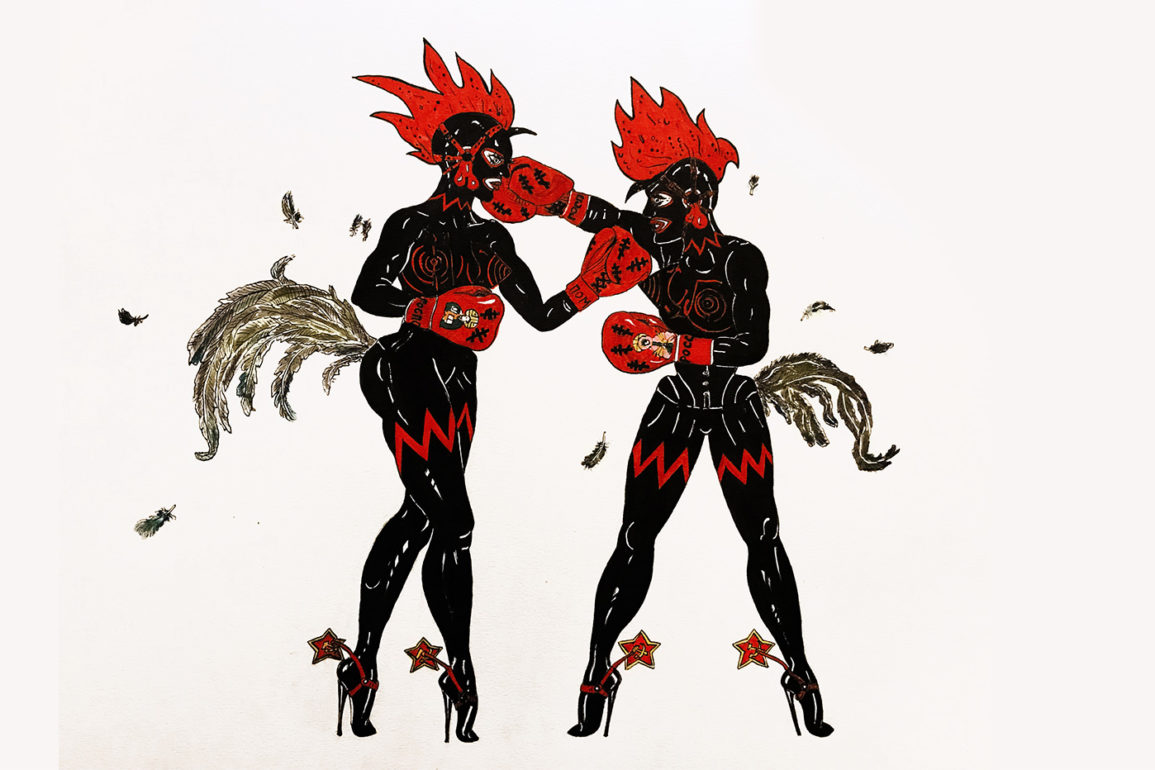 Karina Akopyan’s work features painting, photography, sculpture, installations and a selection of costume pieces. The series is a bold questioning of tradition, religion, ritual, iconography, sexuality and fetishism – in all their jarring coexistence yet inevitable convergence. Questioning the preservation of values and traditions, as either a beautiful necessity or, rather, a deceleration of progress, Akopyan posits this dilemma, with all its dichotomies, deceptions and implications, into the hands of the viewer.

The artist’s use of dark symbolism and sinister subject matter reveals similarities and contrasts between her strict Russian Orthodox heritage and the escapism of the London fetish scene, presenting us with a world of pain, euphoria, frustration, sexual fantasies, imagined memories, and secret aspirations. It is open to interpretation, evoking also the Jungian concept of the unconscious as a dynamic rebalancing of the rational psyche. In such a sense the oneiric symbols in Akopyan’s work form a mise-en-scène of the universal problems of birth, curiosity, grief, carnal temptation, sin, betrayal, pain, illness, search for enlightenment, purification and death.